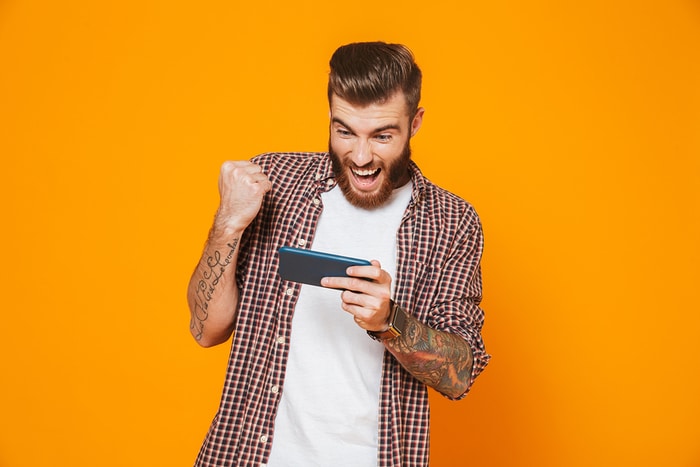 Can you live without your mobile phone? If the answer is yes, then you’re probably in the minority because it seems like – certainly when out and about in town or on public transport – we’re all obsessed with our little handheld devices that can pretty much do anything we want them to do. They’re remarkable little machines, really.

Smartphones and the technological advancements around them have certainly enabled us to be spoilt. Remember the days of those old Nokia phones that perfectly imitated a brick and were a struggle to fit into your pocket? Well, things have certainly kicked on since then. We can now order taxis on our phones, book a holiday, take and upload pictures onto Instagram, and even sort banking queries out too. The options are endless and the innovation we’re seeing in this space is frankly remarkable.

Another way in which we use our phones more prominently now, though, is also to game. Mobile gaming is booming despite the other devices – such as a PS4 – which appear to be more sophisticated, certainly more powerful, and generally – on the whole anyway – have better games to play in terms of graphics and overall quality.

Why though? How can mobile gaming thrive in a crowded market full of consoles and games? Below are a few reasons as to why.

A huge contributing factor to the growth in mobile gaming has to be the fact that any creature that comes out is easily accessible and can be played on the go. Everyone has a smartphone these days, which has enabled game developers to tap into a new market and essentially target their games to a wider audience, be it your best friend’s gran or a young kid at school. Downloading a game is also an incredibly painless experience, which – certainly compared to buying a Playstation 4 game, for example – is far less of a hassle. You don’t have to leave the house, basically. Alongside all of this, mobile games can also be played while you’re on the bus, waiting for an appointment or simply relaxing at home on the sofa with a beer. It’s gaming but in an incredibly versatile, fun and easy way.

Mobile games certainly don’t have the detail and depth as say an Xbox creation but it could be argued that essentially isn’t required. Games need to be short, fun, easy to grasp and something you’ll want to pick up and play for ten minutes or so every now and then. That is exactly why games like Pokemon Go, Candy Crush and Angry Birds have registered huge success over the years. Casino games have also earned a hugely loyal following since their rise to prominence, with blogs featured on casino sites like casino weekly pulling in the crowds and, of course, the games they offer giving players a vast array of options to choose from and an overall gaming experience which is different to what console gaming offers.

Mobile games are also considerably cheaper and, in most cases, free compared to say a hugely expensive console title. Mobile games aren’t supposed to be anything more than just quickies, which is exactly why they’re affordable and – most importantly of all – well worth a play.

The fact that developers are striving to release mobile games simultaneously with their PC and console versions is a real statement. It also suggests that in time we’ll be able to play console-quality games on the go as well. Exciting times indeed!