From iconic casino movies to subtle nods in the modern cinematography, casinos are everywhere. The opulent lifestyle mixed with danger and high risks provides a fertile field for exploration in TV and movie works. 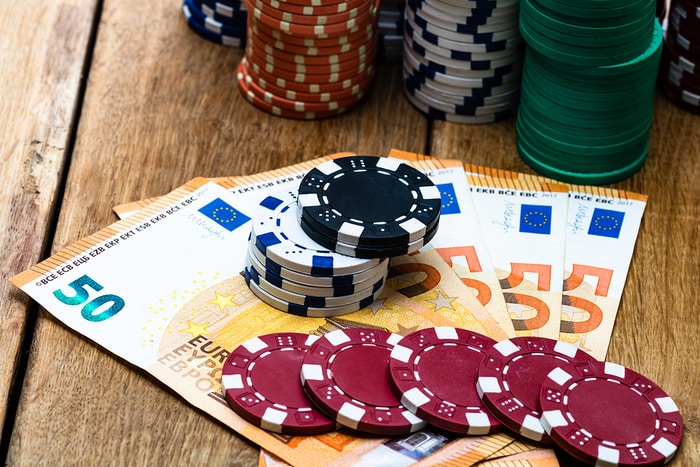 And it’s everywhere! Literature, TV, and even the music industry draw inspiration from gaming halls. Pop culture is teeming with casino references. Furthermore, the industry of luck has greatly helped to reshape the entertainment industry. Here are the most famous examples of the casino motif in popular works of art today.

The first thing that comes to mind when someone mentions casinos is the film industry. There are so many movies with big scenes in luxurious casinos.

The most obvious example is the eponymous movie Casino with Robert DeNiro. This film is a classic story of the 1980s and opulent gambling halls. Speaking of the 1980s and DeNiro, let’s not forget the Godfather trilogy. Every installment features gambling, and the most prominent part is Michael’s visit to Moe Green in Nevada.

But casinos are not associated with mafia only. Comedies are an excellent place for exploration of the motif, primarily because of their unique approach to the concept. For example, casinos in comedy are typically portrayed as the source of rich and exotic fun. The case in point is The Hangover. The first part is based in Las Vegas, the nexus of the casino industry. Speaking of Vegas, we must include Last Vegas, Vegas Vacation, Viva Las Vegas as well. Sin City is an absolute synonym for casinos. And it is so popular that we could easily create an independent category for Las Vegas casino movies.

One movie that went into the annals of history as one of the most famous casino-related films is 21.  The feature film tackles the true story of the MIT Blackjack Team. The team became famous for its attempts to beat the house at various casino blackjack gaming halls. The movie came out after the book Bringing Down the House became a bestseller.

Ben Mezrich wrote and published his book Bringing Down the House in 2003. It’s the story of six MIT students that decided to employ various card counting techniques to win money in Blackjack. The group that counted cards in Atlantic City casinos became so popular that many similar groups formed near the end of the 20th century.

The book is a favorite choice when it comes to the subject of gambling in literature. It’s at the top of many charts, along with Mezrich’s other title Busting Vegas and Fleming’s Casino Royale.

But gambling appears in classic literature as well. Dostoevsky’s The Gambler is a stunning psychological novel that describes gambling addiction in imperial Russia perfectly.

Casinos are a popular motif in TV shows as well. From Family Guy to Stan Lee’s Lucky Man, there are a plethora of gambling references in most genres.

Using casinos as a motif in shows is not rare. Although there aren’t many shows that are centered around brick-and-mortar entertainment halls, the majority of these shows have at least one episode dedicated to casinos. Family Guy is just one of many examples. Friends, one of the most popular shows in the world, has one entire episode dedicated to the cast’s adventures inside a casino. Seinfield, Curb Your Enthusiasm, and South Park also have similar scenes.

HBO’s Boardwalk Empire has its fair share of gambling scenes as well. The Atlantic City story is, after all, a story of Nucky Thompson, who owns the bigger part of the town. The lobby of his casino is the place where Nucky delivers one of the most memorable lines in the show.

Music will always be connected to casinos. After all, it’s entertainment, and casinos do entertainment very well. Sinatra described his love for the casino in “Luck Be a Lady”, which soon became his trademark song. The Rolling Stones have a casino-themed song named “Casino Boogie”, while Motorhead brought heavy metal into casinos with their “Ace of Spades”.

Of course, pop culture would be nothing without Elvis Presley. The King of Las Vegas redefined the concept of casinos in his music and made it eternal. His opus is a collection of love letters to Las Vegas. For example, “A Little Less Conversation” appears in Ocean’s Eleven, another blockbuster that happens in an opulent casino. And his music will always be the first association to casino entertainment. At the first hum of Elvis’ “Viva Las Vegas,” we start picturing the never-ending lights of the city that never sleeps.